Emmanuel Totev, Director Sales, Marketing & Logistics at TESY in an interview for CAPITAL 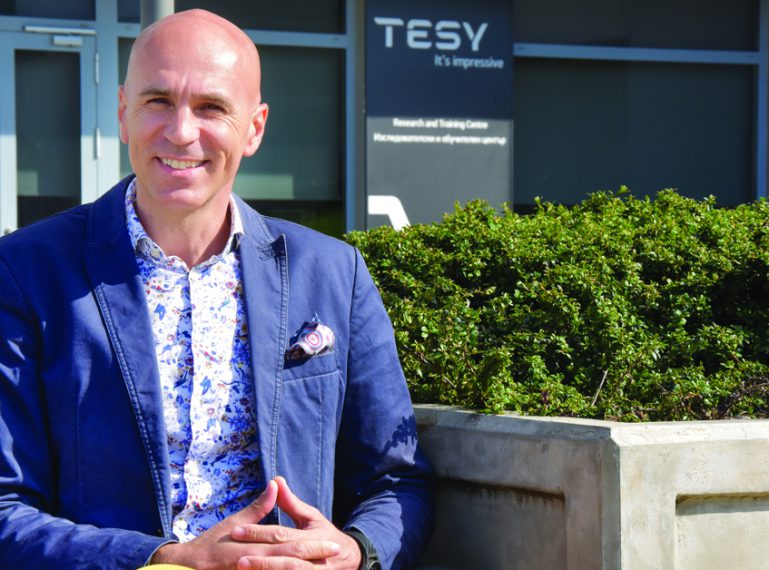 “TESY was founded in 1993 and is part of FICOSOTA Holding. The company is one of the leading European producers of electric storage water heaters, indirectly heated water tanks, electric heating appliances and heat pumps water heaters. TESY exports its production to more than 50 countries on 4 continents. Тhe organisation operates in four product categories and has four factories – three in Shumen and one in Smyadovo. The number of employees is over 850.”

What is the current situation with the production process in TESY’s factories during the state of emergency – do you report a decrease in orders and revenues, have you laid off any employees or asked some to take on a paid / an unpaid leave?

The good news is that in TESY we have not stopped working nor have we laid off any employees. In my view, this is due to the nature of our business and the markets in which we operate, as well as to the measures that we implemented quite early. At the very beginning of the year we had intensive communication with our business partner in China, who sells panel convectors manufactured by TESY. Therefore, we understood about the complicated business situation in the country owed to the virus, about which, however, we all knew very little at that time. Back then, it became clear that factories and offices were closing and business trips were being postponed.

Having detected change in the overall situation in Europe, especially in Italy, in the second half of February in TESY we took a number of measures to preserve the health of our employees and ensure the sustainability of our business. We suspended all business trips outside the country, and then the those in Bulgaria, too. We switched to work from home where possible. We provided protective equipment and disinfectants. We divided the employees into streams, in order to ensure social distance when people use the company’s car fleet and when working in our factories and offices. We launched a new daily TESY newsletter entitled “Barometer” containing the latest data on the situation with COVID-19 in the countries where we have TESY people, and in the company as a whole.

We purchased quick indicative tests and with the help of medical specialists we started testing our people in Shumen, where the first group included all employees on the “frontline”. These are the colleagues who interact with visitors, then people whose work requires them to transit between production sites, and those who work across function with many internal teams in the company or such working at a distance of less than 2 meters from each other. After the indicative, and where necessary PCR, tests of over 70% of our people, we did not identify any cases of colleagues with the coronavirus.

In March, we started observing the effect of the consecutive introduction of a state of emergency in Bulgaria and other European countries. The closure of stores in shopping malls and the restriction of free movement of consumers led to a decrease in orders in the Bulgarian market in the second half of the month at both modern trade and smaller retailers. The analogous measures implemented in Europe had a similar effect due to shrinking consumption and uncertainty, even though with some delay compared to our business in Bulgaria. This was due to the fact that the orders of our European customers had to a large extent been confirmed and produced already.

Nevertheless, overall, March and the first quarter of 2020 were very good for TESY. Although we achieved our sales plans at about 90%, we reported the best first quarter in the company’s history in terms of revenue and profit in absolute terms and recorded a growth of nearly 14% compared to the same period in 2019. And yet, as our updated plan for April indicated a 10% drop versus our targets, we postponed all considered non-essential costs and optimised the production schedule in line with the new sales plan. We also postponed the production start of some seasonal products in order not to generate additional costs, meanwhile monitoring the company’s liquidity on a daily basis.

All of this has enabled us not only to maintain the health and safety, but also the number of our employees. Naturally, given the reduced volume of work in all functions, we encouraged our people to take a few days of paid leave, as many of them had transferred days from last year.

What do you expect for the second month of the state of emergency?

The business impact of the state of emergency is considerably more significant in April, and this is expected to further increase in May. In many countries, the restrictive measures led to the lockdown of wholesalers in our industry. Those who continued to work were household appliances retailers and DIY stores, albeit only in some markets and with reduced working hours.

In spite of this situation, we have been observing a positive trend, which I expect to last. More and more people have started shopping online, expanding the range of goods they buy through this channel. In our industry, this has also had a positive effect, although in many countries we sell installation and not plug-and-play products. For example, unlike Bulgaria, and to some extent the Western Balkans, Romania and Ukraine, in most other markets the electric water heater is purchased and installed by a professional installer. As you have probably deduced, the access to homes and therefore the activity of installers literally closed in April. This, in our case, cannot be compensated by the online retail. As a result, our expectations for April are for sales of 20% below the targets we had set at the beginning of the year.

We foresee that the forthcoming relaxing of the restrictions on the free movement of people along with the gradual restart of business in a number of economic sectors in Bulgaria and other European countries, which is scheduled for May, will lead to activation of our customers. However, given our production and delivery lead time, the economic effect will be more noticeable in June. This is also due to the fact that in May our business partners who are starting work will focus on having some sell-out and reducing their current inventories prior to placing new orders.

What are your business expectations for the whole year?

It is still rather difficult to predict what outcome we could expect for the year as a whole. We are well prepared and have the necessary capacity and resources to catch up, but this largely depends on our markets. It is possible that the gap created in the first half of the year will be closed in the second one, and we will do everything possible to make it happen.

What are the main problems that your business is facing now?

Our aim is not to delay payments, despite the challenges of the current business environment, and to date we have avoided doing so. In the meantime, however, a number of our customers have approached us with a request to postpone orders and payments for deliveries already received. This certainly poses liquidity challenges, which we proactively manage by negotiating longer payment periods with our clients so as to comply with the terms of the credit limits for them and in the meantime to ensure a regular cash inflow.

Will you take advantage of any of the government economic incentives – 60/40 for example?

It is good that the government has developed incentives to support local business. In our opinion, however, the most affected sectors that should benefit from them, such as transport, tourism, hotels and restaurants, hairdressers, entertainment and other services, which completely or partly ceased work. At present, we do not intend to take advantage of the available economic stimuli. Rather, we hope that full-scale economic activity will resume soon, of course in strict compliance with all necessary measures to prevent the spread of COVID-19. We consider this vital not only for TESY and our economy, but also for the physical and mental health of people. Our understanding is that this crisis is very different from the one that the world experienced in the period between 2007-2009. There is no distrust in the financial sector, which provides a major resource for business, and therefore there is also no economic destabilisation. On the opposite, people feel confident because they have witnessed a common effort to tackle the virus, aiming to return to a normal rhythm of life and doing business. We sincerely hope to hear news about an effective vaccine against coronavirus.

In April, we received certificates for our patented INSUTECH technology and for a new generation of PISTON Effect, which is our solution for managing the water stratification in the electric water heaters. Meanwhile, our TESY brand was officially registered in the USA and we also filed for a new technological patent. All this makes us rather optimistic.